A Defense of Museums 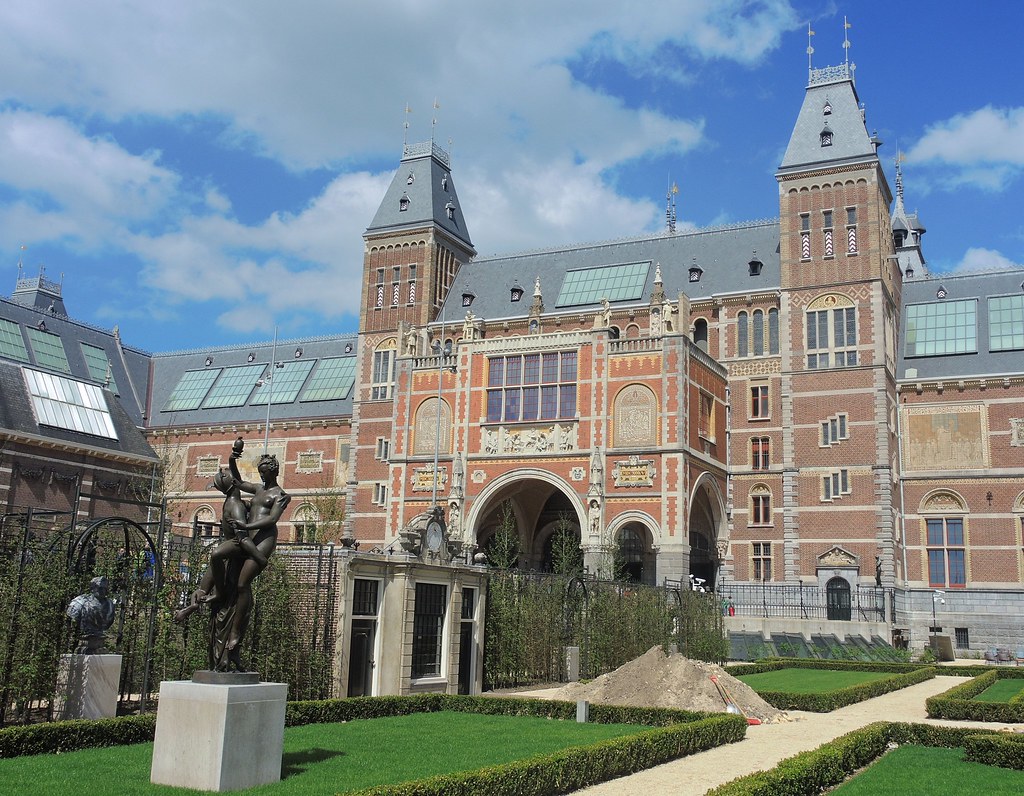 In the recent article, Leave room for alternatives in art,  Claire Aichholzer makes a significant and well-reasoned argument for  alternative art spaces, as well as an insightful critique of  contemporary art politics. However, at times it seems to be at the  expense of museums. As a museum professional in the United States I feel  compelled to respond with a defense of museums.

Aichholzer cites the dropping number of visitors, and the lack of  diversity of visitors and of artists in the collection as systemic  failings. The author is absolutely correct, and had the article ended  after stating as much there would be no need for a defense. However, the  author claims that alternative art spaces have been popping up to the  fill these failings for decades. This is a play on cause and effect that  may not necessarily be accurate as it pits one against the other. What  is the relationship between established and alternative art spaces? I  want to introduce some nuance into an answer to this question that may  help to save the reputation of museums.

It is no secret that fine art is tied to wealth, and you’ll get no  argument from me concerning the role of the market in fine art. The .1%  of the world’s elite view contemporary art the way they view property—a  commodity to be acquired, manipulated, and eventually liquidated. For  the elite, art is an investment, one that will almost certainly accrue  value over time. And many works of art purchased at auctions are  delivered directly to storage facilities for safekeeping. This is a  broad stroke, and my meaning is not to paint the wealthy as rapacious,  or not having a true appreciation for art, but to reinforce the  Aichholzer’s description of the art gallery, fair, and auction circuit  as being a private club with prohibitive entry fees.

The museum, however, is a beast of a different nature. These are the  depositories of the masterpieces of human culture, the “end of life  plan” for canvass smeared with pigment. As museum professional at the  Wright Museum of Art in Beloit, Wisconsin, I would like to make two  points addressing the author’s questions before moving on to alternate  spaces. First, a semantic exploration about the notion of “public.”  Museums are (mostly) public institutions in name, though not always in  practice. There are lots of cases of manipulations performed by board  members or directors, but for the most part the public in “public  institution” ensures that the objects these facilities house are stored  for the public trust and available to the public. Once accessioned,  objects can no longer be traded or sold in private transactions without  public disclosure. The board members, directors, and other primary  players are accountable for their stewardship and the repercussions of  those decisions on the public stage (just look at Delaware).  In short, the museum gets art off of the market and onto the publicly  accessible wall, or the screen of the device of your choice. I’ve heard  the lines to see the Mona Lisa are extraordinary—this means you stand  shoulder to shoulder with crowds of tourists for hours, but it also  means hundreds of thousands of people are able to view it. The same  cannot be said for Rembrandt’s Portrait of Jan Six which is held in a  private collection.

The second point about museums is a little less obtuse, but still  deals with the idea of “the public.” When you envision the public in a  museum space what do the faces look like? Throngs of elementary students  spending a day smirking at nude statuary? Undergrads reciting survey  notes to impress their peers? Tourists getting their mandatory fill of  “culture”? This is a pretty decent visual cross section of any museum in  America. Now, with our hyper-capitalist vacuum we assume that quantity  equals quality, that ticket sales reflect the health of the organization  and that outreach is everything. It’s not. That 21 percent drop in  attendance since 2012 that the author cites could be because modern  museums are uninviting. More likely, it could be that this survey of  American museums took place prior to and during the greatest recession  that this country has seen in 70 years (one whose effects reverberated  throughout the world, and undoubtedly affected the museums of other  countries in much the same way). Every institution endured budget cuts.  For public schools facing funding shortages and having to make cuts, an  easy target is field trips due to the cost of bussing and tickets—so  there are no elementary students in the museum atrium. With unemployment  upwards of 11%  many people had no discretionary funds—so the family vacation became  the “staycation,” and the museum and dinner date became Netflix and  chill. With unemployment among African Americans upward of 20% is it a  surprise that non-white faces have been scarce in museums? An artist  once offered me a bit of wisdom; “When budgets get cut, art is the first  to go and the last to come back.” To address these dwindling numbers  many museums are initiating underwriting programs for free admission  days. Or they create Pop-Up museums in alternative locations, taking a  version of the experience out to those who can’t or won’t come in.  As a  non-profit, built for the public trust museums are a great measuring  stick for the cultural, political,  and economic health of a people. Keep that in mind while you read this  next statistic: the number of museums in America has doubled since the  1990s. There are more museums in America than there are Starbucks and  McDonalds combined. And in the rare case when an art museum goes under,  the objects are absorbed by other museums. Though records show  attendance may be in a slump, suffice to say, the museum system in  America is relatively healthy and growing.

This may read as a diatribe in defense of museums, and it is. The art  museum has a very important role within the complex of artists,  consumers, and the agents of art/space production. But, and this is  where the author and I completely agree, so do alternative art spaces.  It is alternative art spaces that, as stated in the article, liberate  the artist, allow access by consumers of all checkbook sizes, and  provide critical evaluation and experimentation. Who exhibited at the  Salon des Refuses? Manet and Whistler. Think of Judy Chicago and Miriam  Shapiro’s impact with Womanhouse, or the Dusseldorf Pop movement. Not to mention Basquiat, Banksy, and Shepard Fairey  whose street art origins hinged on these alternative spaces. All of  these artists also happen to have work in major museum collections now  that they have proved themselves on the alternative art circuit and have  become palatable by the establishment. And that statement may leave a  bad taste in the mouth of a burgeoning young artist, a student of art  history, or a cultural revolutionary but it is true none the less, and  emblematic of this symbiotic relationship between the alternative and  establishment dialectic.

The street and the museum are the extreme ends of this discussion,  and it is not my intent to propose a neat duality, like sides of a coin.  Insider and outsider, like high art and low art, are difficult to  identify except in comparing one to the other. However, both venues—the  alternative or the establishment—are pillars of a system that may  collapse in on itself without the support of either. And each is most  effective when embracing its role in this larger system.  So if it begs  the question—can we make alternative art spaces more digestible, and  make art world institutions more accessible without compromising either?  I fear the answer is no. I’m thinking of Joseph Beuys,  the artist who lived in the substance between these worlds, Acconci’s  attempt to burn down the house with Information, and Jay-Z’s fine art  appropriation and self-aggrandizing Picasso Baby. Try as we might, we can’t have it all, nor should we.