In defense of incomplete endings 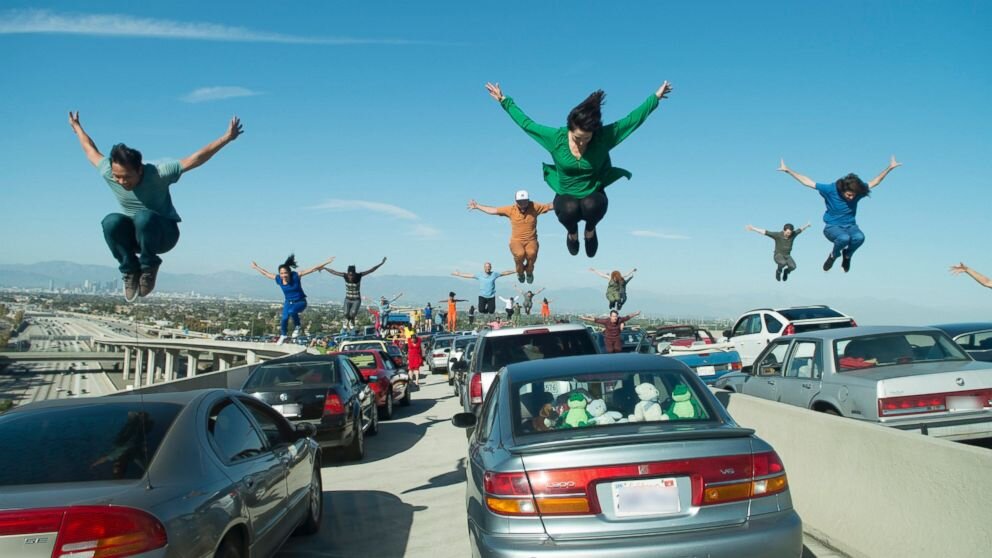 Though each love is experienced as unique and though the subject  rejects the notion of repeating it elsewhere later on, he sometimes  discovers in himself a kind of diffusion of amorous desire; he then  realizes he is doomed to wander until he dies, from love to love.

We are two ships each of which has its goal and course; our paths may  cross and we may celebrate a feast together, as we did — and then the  good ships rested so quietly in one harbour and one sunshine that it may  have looked as if they had reached their goal and as if they had one  goal. But then the mighty force of our tasks drove us apart again into  different seas and sunny zones, and perhaps we shall never see each  other again; perhaps we shall meet again but fail to recognize each  other: our exposure to different seas and suns has changed us.

Damien Chazelle’s La La Land is at risk of falling victim to its own hype. Its fourteen Oscar nominations — rivalled in number only by Titanic in  1998 — has sparked the usual brow-beating furore when the rare passable  Hollywood blockbuster becomes exalted as the cinematic pièce de résistance  of our era. The most common affront voiced by everyday viewers of  Chazelle’s glitzy, sunshine-drenched oeuvre is the sucker punch effected  by its ending. After being treated to a light-hearted depiction of an  exuberant, classic Hollywood romance between Sebastian (Ryan Gosling)  and Mia (Emma Stone) the audience bears witness to the dissolution of  their relationship due to the conflicting ambitions of the couple. The  painful melancholia of this fairytale-gone-wrong is further anchored by a  final 10-minute dream sequence that imagines Sebastian and Mia’s future  had they not broken up, replete with romantic waltzes, happy children,  and a picket-fenced existence. The dream sequence then fades out to show  the last interaction between the two: Mia, her new husband in arm, and  Sebastian exchange glances of well-meaning, albeit somewhat constrained,  mutual recognition.

It is arguable, however, that the very dissolution of Mia and  Sebastian’s romance furnishes the film with a gravitas and depth that  its light-hearted, tap-dancing format may have otherwise precluded. Most  Hollywood movies in the romantic genre follow a tripartite closed  structure — first, we see an initial meet-cute and resultant flirtatious  romp between the two leads (often featuring a dislikeable romantic  competitor, usually male, bland, and overconfident); second, an  ostensibly disastrous conflict that threatens to break apart our Romeo  and Juliet; third, a final reconciliation that papers over the prior  conflicts of our protagonists, thereby cementing their union and thus  realising the natural telos of the film. La La Land, on the other hand, offers a radical revision of the form by refusing both to seek salvation in the narrative of happily ever after, and rejecting  the temptation to temper the bittersweet nature of the romance’s  unfolding by suggesting that the union was ill-fated from the start.  Could a romance be both wholly beautiful and rapturously  life-changing, while remaining ultimately ephemeral and susceptible  — and eventually succumbing — to dissolution?

Here, Chazelle’s film finds an unlikely interlocutor in the form of  twentieth-century cultural theorist Roland Barthes. Barthes landmark Lover’s Discourse,  a seminal typological mediation on the nature of love, unpacks in  piercingly heart-wrenching detail the melancholia of love’s labours  lost. ‘A constraint in the lover’s discourse’, he writes in his  definition of errant/the Ghost Ship, ‘I myself cannot (as an  enamoured subject) construct my love story to the end: I am its poet  (its bard) only for the beginning; the end, like my death, belongs to  others; it is up to them to write the fiction, the external, mythic  narrative’.

Love, Barthes suggests, forces us to relinquish control of our own  narratives to the arbitrary and unpredictable directions of another. In a  culture that makes fetishes of self-governance and permanence, to  ‘love’ is to perform an act of self-divestment that requires a courage  and vulnerability counter to our own instincts of self-preservation. It  is to recognise the constraints of one’s own power, and to place instead  an almost blind faith in another. Meaningful love, moreover,  recognizes that this relationship is contingent, permanently in flux,  malleable to the emotional currents of the season — it does not, and  cannot, pre-emptively demand an absolute guarantee; ‘it leads me to  say’, Barthes notes, ‘“I love you” in one port of call after another,  until some other receives this phrase and gives it back to me; but no one can assume the impossible reply’.

Hollywood romances have too often positioned love as a fixed contract  between two essentialised parties, whose identities lie solely in being  the natural resolution to each other’s respective destinies. They  offer, as Barthes writes, ‘a little cosmos (with its own time, its own  logic) inhabited only by “the two of us”’. Yet genuine romances — and  meaningful, enriching lives — do not take shape in this way. A ‘little  cosmos’, detached from the fluxes of currents in time, conflicting  personal journeys, cannot hold. La La Land reminds us that love  is, after all, not an affixed immutable contract, but rather an endless  negotiation between two mutually resonant selves. The very contingency  that gives love meaning also infuses it with a certain fragility; no  person can be wholly telescoped into the destiny of another. To love,  sometimes, means to know when it is time to let go; when, as Mia and  Sebastian realise, to offload your respective ships to be buoyed along  the inexorable currents of time.