Sor Juana: an icon of freedom 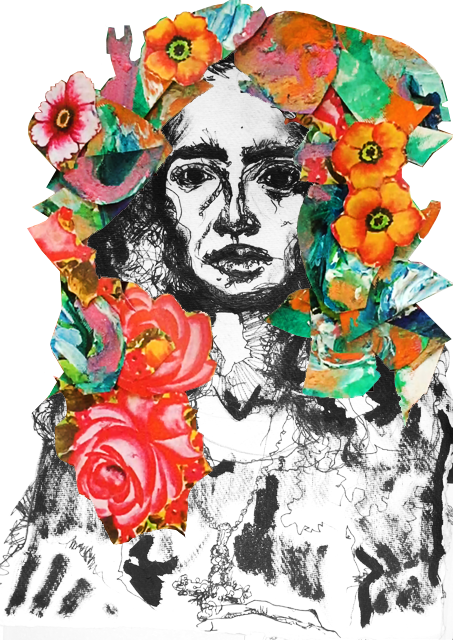 Sor Juana Inés de la Cruz (Juana de Asbaje y Ramírez de Santillana,  1651?-95) exerted a powerful seductive force during her life and  continues to do so today. She speaks to us across the centuries as a  woman who was driven by the desire to follow her greatest inclination,  learning and the study of letters. For many years, she found the place  to do so in the convent of the Order of Saint Jerome in Mexico City,  which she entered in 1669, and where she sought to persuade the  hierarchy of the Church that following her God-given inclinations was a  devout act of belief and fulfillment. She believed with every fibre of  her being in the right of women to a life of the mind, and for many  years broadcast this belief across this Spanish-speaking world from her  convent cell. Early editions of her poetry outsold other great poets of  the age, and through her epistolary correspondence with the great  intellectuals of her age her intellect became a thing of wonder: who was  this woman, who they called the ‘Tenth Muse’, the ‘Phoenix of America’  and who, in the garb of a nun, defied all gendered norms about the  intellect? In a very modern way, Sor Juana knew that she was being  invented by others, that her real self and thinking was being obscured  by those who gave her these heady names and exalted her, yet who did not  let her words act in the world, to enact the changes that she desired  for all women. In an unfinished poem, found after her death Sor Juana  instructed those who would create a mythic being that obscured the real  person:  ‘I am not who you think I am, / for you have given me / another  being through your pens / and another breath on your lips / and  different from myself / amongst your pens I walk / not as I am / but as  you wished to imagine me’.  It is in honouring her writing that we  respond to Sor Juana’s call to see her as she was, in all her complexity  and multiplicity, and as a voice that still rings for us today.

If men weighed the hazards of the sea

If men weighed the hazards of the sea,

none would embark. If they foresaw

the dangers of the ring, rather than taunt

If the horseman should prudently reflect

on the headlong fury of the steed´s wild dash,

he´d never undertake to rein him in

adroitly, or to wield the cracking lash.

But were there one of such temerity

to drive the fiery chariot and subdue

the steeds of Apollo himself with daring hand,

he´d stop at nothing, would not meekly choose

a way of life binding a whole life through.

Amerah Saleh, a spoken word artist and outspoken human rights  supporter has been inspired by Sor Juana’s work and believes in her  relevance today:

For me I guess it’s the empowerment of women that pulled me towards  this, I am a strong believer in equality although I don’t call myself a  feminist (due to the stereotype it has and the way the media has changed  what it originally meant). I believe in the power of one woman being  stronger than anything else. I love to celebrate women and their  struggles, their accomplishments but also I want to be able to embody  those who have barriers and feel like they can’t. Which is why my work  always touches on real stories, of people around me that have incredible  stories but don’t have a platform for it.

An open letter about Yemen

Inside me those butterflies have outgrown their habitat

I am fighting demons in my stomach

I have swallowed my country whole, by accident.

I have generations of history keeping my spine up

Because I have swallowed several more alongside my own

It’s not my home, it’s hers

No one wants to talk about it; everyone wants to listen so I thought the easiest way was to unleash this in rhythm

There is a corrupt system inside my mind that tells me every decision I have ever made has led to right now.

I am one story in 4.5 billion but one story that could have maybe made a difference

There are no tears to cry, not in this one

I bleed hoping the civilians of my home would leak out of my system, but they don’t. They never do.

I have swallowed my country whole, my decision.

Because although half my home is hers, half of my home is my own skin and her home is there and I’m struggling to stay in

Everyone tells me there is no time, now I’m waking up

Realising that this is more like a nightmare than a daydream

And I don’t want to swallow

Because I cant take anymore responsibility for hiding,

Throw them up and fight

Put down your weapons and argue this out, talk, scream shout this out

No winners or losers

I want to tell them that no one owns land

That we are all made of tiny grains of sand and to never forget this world, this world isn’t ours

We are only renting for the generations of tomorrow

That this is more than one mistake

You can learn more about Sor Juana at Icon of Freedom, a festival  that celebrates the life, insights and inspiration of Sor Juana, and  showcases how her work is relevant to contemporary life. Icon of freedom  is run as a collaboration between the SHM Foundation and the University  of Claustro de Sor Juana (UCSJ) in Mexico City.  It will be held at the  Bargehouse OXO Tower from 11th-15th November and feature musical, fashion, literary, academic and gastronomic events. More information online at iconoffreedom.london