Zadie Smith’s “Swing Time” and the death of liberalism 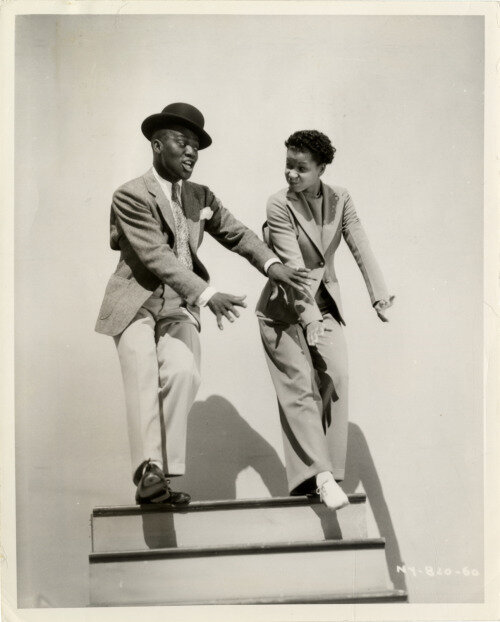 2016 is said to have seen the collapse of self-assured liberalism. Zadie Smith’s Swing Time,  published a week after Trump’s victory in the American election, could  be its eulogy. In the novel, the myth of the ‘self-made woman’ is subtly  eviscerated through the lives of three women: an unnamed narrator;  Tracey, her strong-willed, charismatic childhood friend; and Aimee, a  Madonna-like superstar for whom the narrator works as an assistant. In  an inversion of the narrator-as-protagonist-as form, it is Tracey and  Aimee, rather than the narrator, who emerge as the key actors in Swing Time’s world. In  contrast to the solipsistic neuroticism of the narrator, these two  share a certain single-minded chutzpah: a belief that accidents of birth  can indeed be side-stepped; that in spite of being female, born poor,  and from broken homes, and in spite of all that is stacked against them, they can re-make themselves in their own image. At the heart of Swing Time  is a dialectic that bends towards tragedy, which sees two women try to  reclaim an agentive power that the world is all too ready to deny.

This juxtaposition between an outward rhetoric of freedom, placed  against a concrete failure to realise its promises, is a tension of our  liberal epoch. It is a certain language of liberalism that espouses a  ‘do-gooder’, ‘can-do’ credo while avoiding discussion of the stark  systematic realities that inhibit such progress. One that universalizes  all pain and suffering under a banner of a ‘common humanity’ to the  detriment of a concentrated and particular treatment of their causes.  One that finds no contradiction in telling children of all backgrounds  that they too can realize their dreams if they just work hard, then asks, twenty years later, why the dispossessed working-class youth are so angry. It  is no surprise, then, that Zadie Smith has recently come out to assert  that her latest novel – widely considered one of her best – is a story  about the ‘failure of liberal thought’.

Swing Time opens to familiar Smith territory in London’s  northern suburb of Willesden. The narrator, now a thirty-something  mixed-race woman born to an ambitious Jamaican mother and a family-man  white father, reflects on her childhood friendship with Tracey that  began in the 1970s. She is standing in line for her first ten o’clock  Saturday ballet class at St. Christopher’s Church when she first sees  Tracey, the daughter of a white mother and absent black father. Their  initial unspoken acknowledgement is a rather precocious nod at the tacit  solidarity often shared among minorities upon first encounter: ‘there  were many other girls present but for obvious reasons we noticed each  other’, the narrator reflects: ‘our shade of brown was exactly the  same’.

Traditionally the stomping (or, rather, pirouetting) grounds of the  upper-class white European elite, the ballet class is an arena ripe for  the political awakening of two mixed-race children. Tracey’s ease in the  ballet class – her talent natural, her affected confidence – points to  her own impulse to transcend social boundaries in spaces usually not  ‘marked’ for her, while the narrator remains her foil, an inward-looking  drifter ill at ease in her own skin. The two become fast friends, and  together they navigate the various social worlds of Willesden, flitting  between different terrains of race and class. When they visit a  middle-class ballet classmate’s 10th birthday party – Lily Bingham’s  blonde hair and notable wealth was always a source of jealousy and  fascination for the duo – a creative recreation of a pop star’s racy  dance routine results in the two being forcibly removed in disgrace.

We are then taken to the novel’s second timeline two decades later to  meet Aimee, the very star whose stage performances unwittingly  contributed to Tracey and the narrator’s childhood birthday party  fiasco. Aimee, now in her forties, is still very much a celebrated  artist, having lost none of her momentum (and, we will learn, having  acquired no maturity), while the narrator, now a thirty-something in  music production, has been working as one of Aimee’s personal assistants  for around a decade.

Born to an abusive family in Bendigo, Australia, Aimee could easily  assume the narrative of the plucky underdog. Yet, the narrator observes,  ‘she has no tragic side. She accepts everything that has happened to  her as her destiny’. Like Tracey, Aimee refuses to own the terms of  victimhood so readily doled out to those in her circumstances; unlike  Tracey, she rises to meteoric success. On this other side of the looking  glass, Aimee’s inclination to accept the events in her life without  question takes a rather less heroic turn. The infinite successes,  praise, and unyielding adulation she receives on a daily basis become,  to her, a natural logic of the world, a universal prescriptive lesson in  the merits of working hard and being yourself.

This casual acceptance of the world as-it-is, accompanied by a  penchant for universalizing one’s own identity on some idea of a ‘shared  humanity’ is as common among the deeply privileged as it is toxic. One  is reminded of the stupefying lack of awareness of pop singer Katy  Perry, when, only a year after gracing the cover of Forbes as the  world’s top-earning pop star, she told an audience at the DNC rally  last September that “you have as much power as any billionaire, as any  lobbyist, when you VOTE!”. This fault line in Aimee’s ethical centre  comes to the fore as she pursues what she calls ‘this African project’  in ‘I can’t remember where it is right now… tiny country… in the west?’

Leaving Tracey’s Willesden, and Aimee’s home bases of New York, and London, Swing Time  then flits to an unnamed West African country (it is hinted that it is  Gambia) as the narrator follows Aimee on her mission to build a school  for girls (‘we’re going to give each one of these girls a damn  laptop’!). Western quick-fix attitudes towards global humanitarianism  are artfully parodied by Smith with a wink and a nod: ‘the laptops Aimee  had envisioned for them all… disappeared en route to the village, no  surprise, given that each one was worth twice any teacher’s yearly  wage’. The contrast between Aimee’s meteoric wealth and the poverty of  those she seeks to help in Gambia renders the star’s reduction of all  social relations to language of ‘contractual choice’ almost laughable.  ‘No one’, the narrator reminisces on the star’s litigious ways, ‘asked  what “agreement” could even mean in a situation of such deep imbalance’.

Purely ‘being yourself’, it turns out, is not for everyone. After  years of strained relations, the narrator’s relationship with Tracey  implodes as the two find themselves on opposing sides of the class  divide. Having shown so much initial promise in deftly side-stepping the  social rules to which working class, minority children are implicitly  accorded, Tracey’s luck quickly runs out. Although Tracey may have  possessed meteorically high levels of confidence, charm, and  self-assurance, it was rather the narrator’s crippling self-awareness  that proved to be most helpful in navigating the adult world. To render  your ‘otherness’ palatable to the gatekeepers of success, it seems, is a  far better route for the so-called ‘underclass’ than anything  self-confidence can ensure on its own.

The narrator becomes a rootless floater amongst the predominantly  white middle classes. Armed with an elite university degree, she accepts  her inevitable tokenism, and cruises on the uneasy benefits of her own  exceptionalism while knowing too acutely that it is built on the backs  of those she left behind in Willesden. The racial solidarity so easily  enjoyed by the two girls during that very first ballet class collapses  quickly when crowbarred by distinctions of class. The narrator’s final  visit to Tracey’s home in Swing Time sees her faced with a bleak  domestic scene, and she is shouted out of her former best friend’s home  with accusations that ‘there can’t be no understanding between you and  me anymore! You’re part of a different system now’.

The different lives of the narrator and Tracey in Swing Time show  how accidents of birth do not necessarily pre-determine the shape of  our own lives. It does, however, illustrate how these structural  narratives concerning identity, race, and gender must be inevitably met,  negotiated, and, in some times, exploited, by all of us. It ultimately  affirms the violence done, moreover, when this ‘economy of identities’  is ignored, denied, or flattened by the hand of a benighted liberalism –  often by those who have the most to benefit from maintaining its  invisibility. Swing Time then, in true Smith form, does  not end on a fuzzy, cheerful dictum, its complex subplots tied up in a  palatable moralistic tale with a prescriptive end. One leaves the novel  almost feeling a sense of despair and melancholy, all too heightened by  the state of political and social affairs in our world today. Yet, in a  world that demands happily-packaged endings and complete moral  absolution from grey areas, perhaps this unapologetic depiction of the  consequences of a wayward liberalism run amok is the story we currently  need.