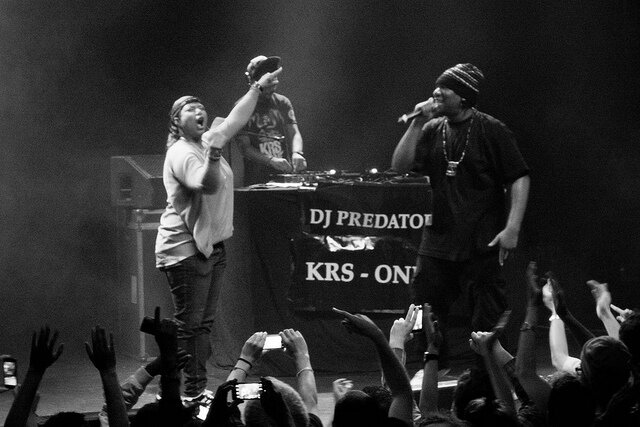 Class was in session on a gloomy November afternoon. The walls of the seminar room had recently been renovated with a new coat of cerulean paint. Nearly twenty-five undergraduate students and one callow history  lecturer sat about, desks positioned in an awkward circle, poised for debate.

“But, why did they riot?”, asked one of the more  active students—a question that he was anxious to pursue. Yet, he felt  rather apprehensive as he rummaged around in his head, searching for the  words that could best represent his tempestuous thoughts. The  conversation about the readings on the St. Bartholomew’s Day Massacre  had given way to talk of the protests in Ferguson, Missouri. The  protests were still unfurling as they sat and discussed the  methodological implications of observing contemporary news, such as  civil unrest in urban America, through a historical lens. The French  Wars of Religion, it seemed, could wait a little longer.

“Well”, I stammered, “the police killing of Michael Brown shouldn’t  be regarded as an isolated event. Rather, think of it as a spark that  set off the powder keg. The protests, both nonviolent and destructive,  are responses to long-standing and deep-seeded structures of power that  encumber the potentials, aspirations, and wellbeing of black and brown  Americans.” But, what I perhaps should have said was for them to  consider carefully the word “resentment”, or what Cornel West calls “righteous indignation”, and to imagine themselves amongst the malcontents in Baltimore. “Black riots”  and urban rebellion, destructive as they may be, have been a  significant means through which marginalized black Americans expressed  their indignation with racism and structural inequality for over a  century. Chicago was set ablaze in 1919, Tulsa burned two years later;  and following Martin Luther King’s assassination in 1968, Washington  D.C. was turned upside down. Police or vigilante violence against black  people, as Khalil Gibran Muhammad shows, precipitated most “race riots” in the 20th  century. With hindsight, I should have contextualized the 2015 riots by  also mentioning their historical antecedents. But I did not. How was I,  with my half-semester’s worth of teaching experience and two years of  graduate training, going to bring to light the intricacies that lie at  the intersection of racial and economic oppression, or the fervor of  black sentiment, to a class that was comprised entirely of white  students from New England?

Utter silence. The doodlers had paused their doodling, and their eyes  now turned to me. Even the few faces of inconsolable boredom suddenly  seemed slightly less bored. I felt, in that instant, like black urban  America’s attorney: reluctantly temperate in tone, but itching to  articulate the words that could do some justice to the retelling of  historical injustices and their sociopolitical repercussions. I had  plenty to say, of course, but earnest recounting requires the abeyance  of the fear of causing offence, and I feared to offend. I felt like an  imposter as I sat before the class. What could I say that had any value to these undergrads that were so far removed from the streets of Baltimore? Who was I to speak?

Last year, when I was confronted by these questions, I had returned  to my undergraduate university, the University of Maine at Farmington, a  small public liberal arts college in Maine. It was here in the woods of  Maine—a space of forestry, hunting, and Bud Light drinkers—where I became  black. As the eldest son of a Dutch white woman and black man from  Baltimore, moving to Maine—perhaps the least racially diverse state in  the nation—was not without its challenges. My teenage anxieties were  compounded by the struggle of my newfound racial self-awareness. The  Otherness that I came to embody sometimes threatened to swallow me  whole, and I withdrew to history, philosophy, and sociology books to  better understand the implications of race in rural America. I quickly  learned to read the bodies of my fellow community members, and I felt  compelled to adapt my own and to perform a black subjectivity in  accordance with, what Naila Keleta-Mae  describes as, “someone else’s fantasy, and/or our own fantasy, based on  the communities of which we are attempting to gain entrance and  access”. My ineptitude at basketball, my success on the debate team, and  my manner of driving, gave my white peers occasion to dub me the  “whitest black guy” they knew. But however black I was or wasn’t, I was  certainly too black for the one high school party that I ever  attended—that lakeside gathering where a group of young men supposed  that my very presence, in that sacred white space, warranted violence.

It was then too, in those misspent high school years, that I found  refuge in hip-hop—a genre, a sound, and a disposition that both pacified  and infuriated me. In early 2015, Geraldo Rivera,  whose Fox News-funded voice carries deep into rural America, alleged  that hip-hop—and the hip-hopification of American popular culture—had  outpaced systemic racism as the social pathology that most afflicts  black Americans today. Similarly, commentators on MSNBC’s “Morning Joe”  dismissed the controversy surrounding an Oklahoma-based fraternity’s  racist chants, the lyrics of which glorified the lynching of black folk,  by incriminating instead the hip-hop community as the principal source  of guilt; instead of holding the white fraternity men to account for  perpetuating a racist tradition at a university that was mandated to  desegregate in the 1950s, it was rather rapper Waka Flocka Flame, in  their view, who should have been ‘disgusted with himself’ for the  contents of his music. Both of these critical accounts purport that  hip-hop leads youths astray. Yet, despite rap music’s tendency to  glorify violence, hip-hop’s ascent into the mainstream coincided with a decline of violent crime  in America. Rap music is much less an invitation to violence than it is  a critique and commentary on the socioeconomic conditions in which many  urban youths find themselves.

The brutality, the misogyny, and the homophobic contents that are  endemic to hip-hop are certainly not beyond rebuke, but neither is  hip-hop’s capacity to inspire young people with a sense of confidence  and equanimity. We live amidst a sociopolitical landscape where agents  of the law and ‘neighborhood watch’ vigilantes alike slay black people with impunity, and where black and brown bodies are warehoused in carceral institutions  at an unprecedented rate. Older members of the black community implore  its angry youth to assimilate into the American mainstream and to  acquiesce to the respectability politics that characterized the Civil Rights Movement of the 20th  century. But in 2015, 48 years after the assassination of Martin Luther  King Jr. and mere months after the police killing of 12-year old Tamir Rice,  appealing to the tastes and sensibilities of white America seems to  have fallen out of favor. Hip-hop, then, characterizes a new politic for  the 21st century.

I must, as a black millennial academic, for the sake of keeping it  100, acknowledge that hip-hop, my pedagogy, and my research are  inextricable; but that realization came only after a year of struggling  with imposter syndrome, in a position for which I felt too young. I  constantly worried about how others, my students and colleagues  especially, perceived me. Am I too radical? Should I tone it down? How  could I best employ my somatic presence as a lecturer? Should I emulate  the erudite scholar or the black entertainer?  How do I encourage dissent and critique whilst questioning the ethical  boundaries of my own pedagogical and intellectual honesty? Does this  place, the institution and community that nurtured me, have need of a  hip-hop academic? Are my ideas—rooted in my lived experiences,  education, and travels—taken seriously, or am I merely a poster child of  alumni success? At what point does reflexivity become destructive?

The courses that I taught this year varied enormously, but it became  increasingly clear that my approach to teaching, whether it be world  history or hip-hop studies, was thoroughly anthropological—from the  bottom up. And, my own research interests concerning the intersection of  gender, race, and class came to define my teaching in ways that I had  not anticipated. I taught soon-to-graduate seniors who remembered me  from my undergraduate days; their sustained patience and encouragements  were invaluable to my experience with learning to teach. It was the  freshmen, however, which challenged me most. My confidence as a lecturer  grew alongside theirs as new university students; they taught me that I  am most effective as a facilitator of learning when I allow my  creativity and candor free rein, absent cumbersome formalities, and when  I encourage dissent—the healthiest of intellectual exercises.

I hardly felt qualified to teach a course on hip-hop at the outset of  the spring semester, given the fact that I had never taken such a class  myself, but we grew considerably as a class. We experimented liberally,  but we covered much ground. Notwithstanding the reoccurring episodes of  self-doubt, I felt determined and empowered as I lectured on such  exigent topics as ‘race’ and mass incarceration, or when we discussed  Queen Latifah’s classic rap anthem, “U.N.I.T.Y”, with regard to the  depiction of misogyny and the fragility of black masculinity in the film  “Boys N The Hood”. The righteous indignation that undergirds the Black  Lives Matter movement smoldered in my heart, and this was my opportunity  to be of import. I sought to inspire empathy and understanding—an  endeavor aimed towards narrowing the gap between youths in rural white,  and urban black, America.

Hip-hop, which is at once poetic and political, first emerged from  the ashes of the Black Power movement in the 1970s in the ghettoized  neighborhoods of South Bronx, New York. Afrika Bambaataa and the Zulu  Nation, a pioneering hip-hop collective, organized urban black and  Latino youths as Black Power began to lose purchase. Hip-hop culture,  argues Jeffrey Ogbar,  was Black Power’s successor when it came to shaping the political  consciousness of urban black youth. However, by the late 1990s, hip-hop  came to dominate global popular culture, and its primary consumers  are white youths. Hip-hop now dominates global discourses of popular  culture. There is no singular “hip-hop generation”, indeed there are  multiple.

And for me, hip-hop became not only the subject of my teaching; it  also became a conduit through which I taught African-American studies to  an all-white class of freshmen—most of whom adored hip-hop. As such, I  argue that the dissemination of hip-hop through 21st century media has brought young people together in ways that other forms of popular culture have not.

Hip-hop, I found, is principally about breathing deeply and telling  it as it is, or rather as we feel it. Keep it 100. Without much of a  thought of reprisals or causing offense, hip-hop, in its myriad  manifestations, concerns the sorrows and triumphs of everyday people. It  provides a platform for storytelling, and a global audience. The  wittiest wordplays of Aesop Rock and Skyzoo challenge the limitations of  existing language. Whilst Kendrick Lamar’s ferocious lyricism renders  intelligible the forces that unify and divide black America, and  post-industrial America at large. As hip-hop youth know, better than  many, each one of us is a product of our environment.  Even the most  vicious lyrics and the lewdest music videos, by virtue of their  controversy, implore us to question the extent to which we ought to pass  judgment, and from what point we should remain silent, simply nod our  heads to the beat, and listen up. In the wake of high-profile police  killings of unarmed black people, mass incarceration, and “race riots”,  hip-hop pedagogy provides a way for young Americans—both urban black and  rural white—to find common purpose.