How to look at war: Michael Gove and The Fitzwilliam Museum’s La Grande Guerre 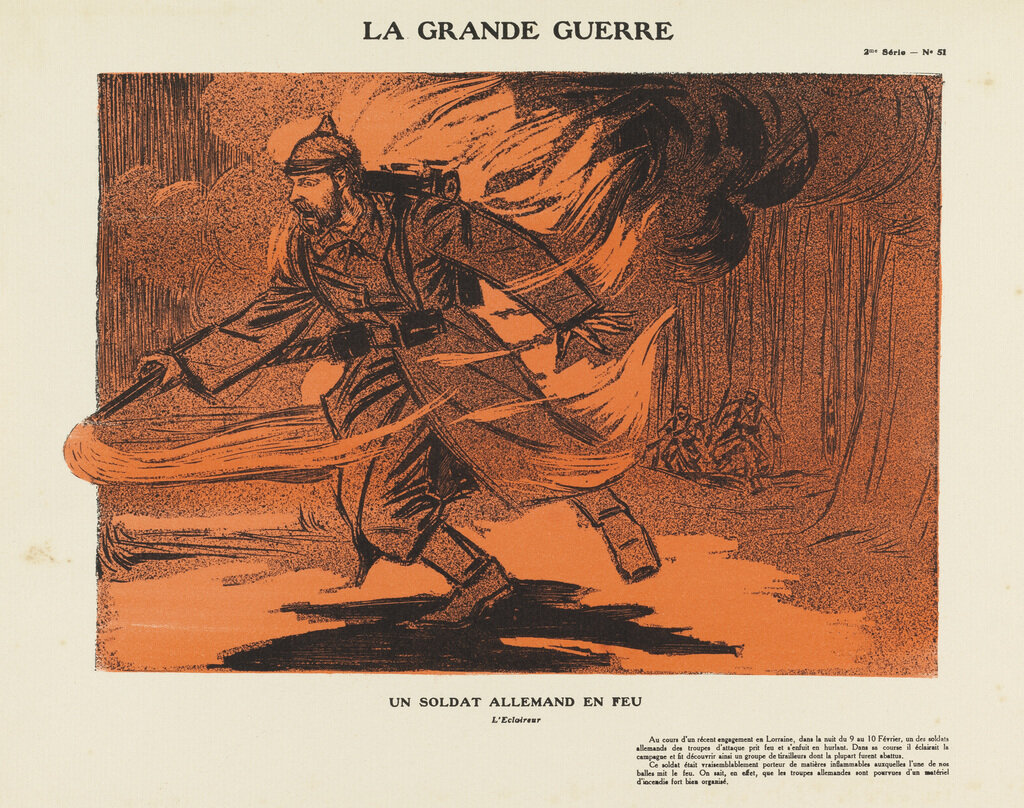 History, and history at Cambridge, has been seen as a weapon since  the first week of 2014, which marks the centenary of World War I’s  onset. On January 2nd, Michael Gove published an article in The Daily Mail,  in which he voiced his opinion on how the war’s history ought to be  taught: all national mythology, no critical thinking. He wrote that Richard Evans, Regius Professor of Modern History at Cambridge, was  “attacking Britain’s role in the conflict,” and suggested Margaret  Macmillan, Warden of St Antony’s College in Oxford, as offering a better  alternative. Gove, of course, mischaracterised the work of both  historians, and both responded quickly.

The question of how to engage with this centenary is unfortunately  and inescapably political, and is delicate. We are close enough to the  First World War that a prominent politician can frame the study of  history as an attack on national identity, and yet so far away that few  are familiar with more than fragments: a shot fired in Sarajevo, the  deployment of mustard gas, millions dead and maps redrawn.

The Fitzwilliam Museum’s first exhibition marking the war’s centenary  focuses audience attention on events from August of 1914 to March of  1915, but does not celebrate them; La Grande Guerre is an elegant  antidote to Gove’s politics of veneration without interrogation. The  exhibition consists of thirty-six lithographs and woodcuts, displayed in  the small Shiba Gallery, a windowless space on the second floor which  can, at times, feel strangely removed from the outside world. The prints  on display are French, adding another degree of distance from  politicians that discuss the event in national rather than international  terms. Their stylised nature, finally, sets them further apart. This  distance, however, brings the audience closer, facilitating critical  analysis.

This exhibition is, perhaps, rather niche. There is a smaller  audience for prints than painting and sculpture, and most people are  unfamiliar with the specifics of printing processes. These are  lithographs, created by drawing an image on a stone or metal plate, and  woodcuts, made by cutting into a block. In both, the process is  completed by the application of ink and pressure. These particular  images, most of which are by unknown printmakers, have been coloured by  hand after printing, and are accompanied by short descriptive passages.

The images in La Grande Guerre catch and hold the eye, and in  doing so they offer an exercise in thinking about history, in looking at  events and sources closely rather than imposing narratives. Gove, in  his Daily Mail tirade, complained about Blackadder and Oh! What a Lovely War,  both of which are often shown in schools. He did not specify any  preferred representations. There are few cultural products, save perhaps  those intended as propaganda, that match Gove’s perception of the war  as “defending the western liberal order”. There are narratives which are  imposed, and there are narratives which emerge from the concentrated  study of detail. The detail, in La Grande Guerre, focuses on pain, not glory.

The most compelling of the images, perhaps, is ‘A German Soldier on  Fire’, from February of 1915. The smoothness of the outlined flames is  alarming; the fire, brought to life by the movement of the eye, glides  too easily, and will spread quickly. The sketched quality of the  background gives the same sense of the scene as occurring without time  to process. Everything is orange-red – suggestive of a space engulfed by  this particular emergency, but suggestive also of blood, a symbolic  wash of human sacrifice. The tip of the soldier’s stick, trailing  flames, extends through the frame of the print, suggesting the fire  could jump easily from the printed space – no longer entirely enclosed –  into the space of its audience.

This is a German soldier, illustrated by a French printmaker for a  French audience, but nationality is secondary to the horrors of war. On  the other side of the room, ‘In the Woods of Augustow’ shows a German  soldier attacked by wolves, which are being shot by a Russian soldier.  The German figure is slumped on the corner, limbs splayed and body  vulnerable, eyes closed in pain. The audience, looking at these prints,  are compelled to sympathise with this man; he is portrayed as human, and  as a victim of violence. There is no obvious element of caricature or  mockery.

What role do aesthetics, then, play in negotiating critical proximity?

The argument is sometimes made that beauty, in provoking pleasure,  can discourage critical thinking or understanding; in admiring an image,  one becomes complicit and distracted. This can be the case with  propaganda, which often asks audiences to enter the image and escape  through the suggestion of specific actions leading to positive outcomes  (“buy war bonds,” suggests a lithograph by Frank Brangwyn in the  Victoria and Albert Museum, which shows a soldier fighting). This sort  of identification with national cause and effort isn’t provoked by the  prints of La Grande Guerre. These images are stylised and modern:  lines are rhythmic; depth is flattened; colours are bright. They  maintain aesthetic distance, and mark the boundaries of a chasm.

The pinks and blues of ‘The Battle of the Yser’ draw the eye, but are  undercut by the quick realisation that this is the scene of a massacre.  Bodies are piled at the centre of the image; there are too many to  count, and the fleshy pinks cease to be seductive and become sickening  almost instantly. In ‘The Neutrals’ an idealised Switzerland – a village  church and houses nestled in hills covered in fields and flowers, white  mountains and  pink clouds rising above – is interrupted by a tank  loaded with men shooting at a distant plane, as small as a bird in the  sky. This box-like vehicle dominates the scene, kicks up earth and  trails smoke behind it, and the whole endeavour seems futile. The beauty  of these prints is not an easy beauty.

It is color and line that draws people into the images, engages them  with the details of war, and it’s also beauty that makes the violence of  the war more deeply felt. There is beauty, these prints suggest, in all  situations. Sunsets and snowy woods serve as a reminder that war is  staged against the same backdrop as leisure, not in a monochrome  dystopia where leaves refuse to grow on trees. Meanwhile, the  stylisation of these prints shows us the way in which war has made the  world alien even as its components are familiar.

As of last Tuesday, Michael Gove is no longer Education Secretary. On  his first day as Chief Whip, Gove apparently found himself trapped in  the toilet. It felt, initially, a little bit like the dénouement of a  horror film. There was a palpable sense of relief; the villain became  comical. Looking closely, though, the situation feels worryingly  calculated. Gove doesn’t appear dangerous anymore, and yet his party  remain in power and his policies remain in place. David Cameron has  suggested Gove will play a significant role in the upcoming election  campaign. Michael Gove prioritised propaganda over education in writing  about the First World War, and his responsibilities in the government  now follow suit. It is the party that wins the election, after all, that  retains power.

It’s hard to imagine children looking at the prints in the  Fitzwilliam Museum. Nonetheless, the gift shop sells books and toys.  There are grenade erasers (“warning: choking hazard,” says the label) so  that mistakes made with pencils can disappear with a touch of violence,  and napkins covered with poppies to transform spilt drinks into acts of  remembrance. There are miniature medals for distinguished conduct; one  imagines them pinned on teddy bears. This is not as elegant as La Grande Guerre;  these souvenirs do not seem considered. They are, perhaps, closer to  the Michael Gove version of history: all celebration, no examination.