“Just Run!”: On The Misunderstood Sport Of Race Walking 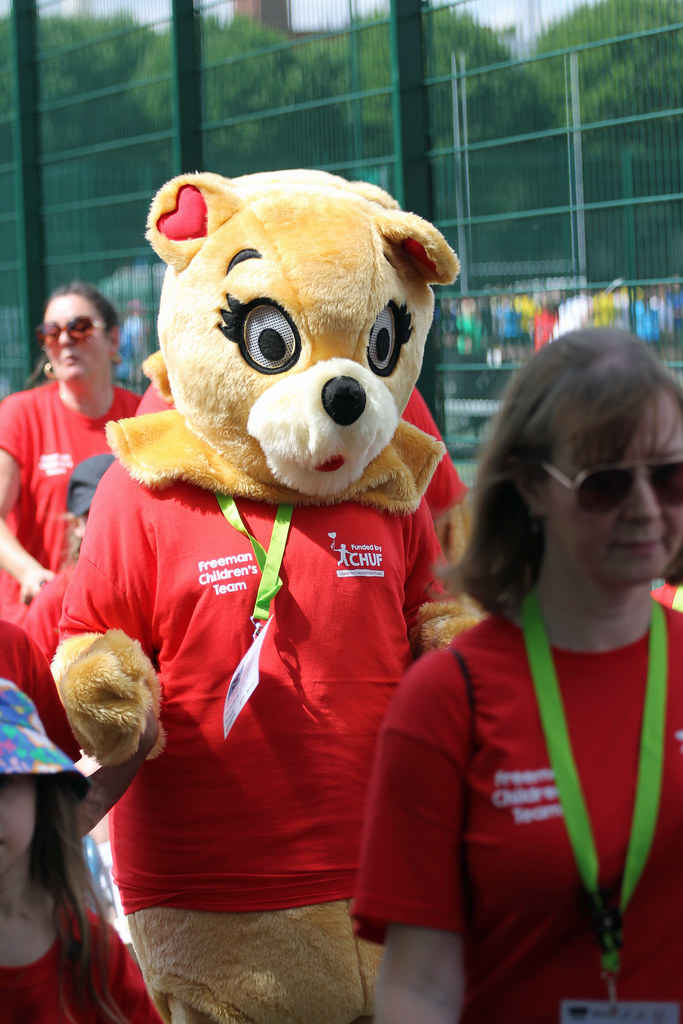 Head west of town on a sunny afternoon in  Cambridge and you might see him: a streak of red athletic gear moving  through fields of green — a figure not quite running, but not strolling  either.

Clad in neon shoes, the young man walks so fast he stands out among  the casual passers-by and cows typical of Cambridge’s tranquil scenery.  But somehow he fits into the scene too. From a distance, he appears like  a character of English folklore, traversing the countryside on some  inexplicable mission. Or possibly he’s just a stressed-out student who  has abandoned his studies to commune with nature.

Fredrik Vaeng Røtnes is neither of these things, but an aura of  legend hovers around him anyway. He’s a competitive race walker — a  sport that requires its disciples to push walking to its absolute limits  without ever breaking into a run.

Like his sport, Røtnes is somewhat a mystery. Glimpses of the  21-year-old Cambridge Master’s student of Mathematics are scarce, and he  always seems like he has somewhere to go. Standing at 5’6, with sandy  blonde hair and a slight glimmer in his eye, even when you catch him in  conversation Røtnes seems to be keeping a secret from you.

This may be because Røtnes’s racewalking identity doesn’t reveal  itself immediately. Encounter him around town, and he’ll be strolling  leisurely. But he can walk a mile faster than you can run one. Under  pressure, he’ll walk 20 kilometers in an hour and a half. Despite a  rigorous academic schedule, his days are organized around workouts to  perfect his walking speed and technique. He trains more than ten times a  week, often twice a day.

This mastery of walking (for most of us such an everyday, unconscious  motion) seems to define Røtnes’s disposition as much as his schedule.  He’s more than willing to dedicate time and energy to parts of life that  many people bemoan or ignore — a sort of superhuman of the mundane. His  extreme patience and mellow disposition reveal not just the whimsical  nature of race walking, but also its intensity. The sport defies  traditional taxonomy; at the limits of walking and running, it’s an  in-between activity, an extreme of non-extremes.

The rules to race walking  are simple: you must maintain visible contact with the ground at all  times, and your leg must come down straight. The word ‘visible’ is key  because race walkers do in fact lose touch with the ground briefly —  this is called ‘flight time’. The goal is to minimize this flight time  so it’s virtually imperceptible to the human eye. Judges scrutinize each  race for violations, and if three separate judges issue red cards to a  racer, he or she is disqualified from competition.  (There has been debate over whether or not race walking should move  away from judges and rely instead on technology to assess whether or not  racers lift their feet from the ground. But Røtnes says this sort of  change could ruin the sport — some ‘flight time’ is key to optimal  walking performance.)

When you first watch race walking, these motions seem awkward —  pained, even. The arms move furiously back and forth. The hips lean deep  left, then right. The feet seem to land at ankle-breaking angles. These  movements come together to create what can only be described as  hyper-fast waddling. The walkers move so quickly that their movement  almost looks like regular running, yet their actions are restrained —  form prohibits unbounded movement; the body paces faster and faster but  does not sprint. As the walkers near the finish line, something in the  viewer wants to shout at the computer screen: “Just run!” Compared to  seeing Usain Bolt dash across a finish line or even watching some  teenagers flail their limbs wildly in the 400-meter dash, playing  spectator to race walking can feel anticlimactic.

Perhaps due to this underlying frustration, as well as a desire to  snicker at the major hip action required to walk at superhuman speeds,  race walking is plagued by a playful derision. The New York Times wrote last year that the sport had ‘something of an image problem’. NBC’s Bob Costas once compared  it to ‘a competition to see who can whisper the loudest’. To race walk  competitively is to endure this teasing, but also to play off of it.

‘If someone makes fun of race walking, I will just invite them to  walk 50 meters with me and have sympathy for them when they fall down,’

This proved true when Røtnes took me out for a fast-walking lesson  one afternoon in Cambridge. He patiently walked me through the  techniques — how wide I should swing my arms, how to pick up speed while  always keeping a foot on the floor — but I proved a poor student.  Eventually he took pity on me and suggested I run while he took a lap  walking at full-speed. Within moments, he had secured an easy lead, and I  watched him pull further and further in front of me on the track. I  trudged across the finish line a good thirty seconds behind. As  promised, he smiled sympathetically.

Røtnes was similarly understanding when I quizzed him on the benefits  of a skill like race walking. Surely he must speed walk to the grocery  store, between classes, even on nights out? He was quick to dispel these  delusions of grandeur when I met him before a workout on another sunny  afternoon. He was wearing neon yellow running shoes and matching bright  blue shorts and shirt, and walked in little circles as he talked.

Does he speed walk to get around town?

Does he find it impossible walking with other, slower people?

Does he ever just really want to run? (He apparently gets this question a lot).

‘The constraints in race-walking are to maintain the conceptual difference between walking and running,’ Røtnes told me. ‘It’s more fun to race walk than to run. I like the movement better. It’s something about the rhythm.’

Like many in the sport, Røtnes came to race walking late. He is from  Brøstadbotn, Troms in Norway, where he first got into the sport just  before his seventeenth birthday. He was competing in a track and field  national championship as a long distance runner, and while he was there  he decided to sign up for race walking. The race was just 1,500 meters,  and most of the competitors were rookies — they learned the rules on the  spot. Røtnes walked the course in 8 minutes and 28 seconds.

He doesn’t remember much about that race, except beating the other  guy in his age category. But soon after, he decided to focus exclusively  on race walking. He pursued walking while studying mathematics at  University of Tromsø, and now he trains in Cambridge. His coach from  home continues to mentor him, despite the distance. He raced his best  time last year at the German junior championships: 20 kilometers in  1:26:22. That’s nearly a half marathon. He hopes to go even faster this  year.

Røtnes races in around thirty competitions a year. His specialty is  the 20K, but he races shorter distances too. Cambridge University has no  race-walking team, and Røtnes trains alone for competitions. He usually  trains by walking around West Cambridge. The walks can be up to two  hours long, but Røtnes forgoes headphones. Instead he opts to listen to  his footsteps and center his breathing. On more leisurely walks, he  sometimes lets his mind wander and thinks about maths. This fascination  seems to work both ways: Rotnes spent part of his Easter holiday at a  biomechanics camp at Leeds Beckett University, where scientists studied  him and other competitive race walkers. At the four-day conference, they  measured the walkers’ joint movement and hip rotation.

Remarkably, his sport got its start just down the road from  Cambridge, in the little town of Newmarket. King Charles II and some of  his cronies watched a man try to walk five miles in under an hour. The  walker missed the mark by just 30 seconds, but race walking’s popularity  grew.[i]  By the early 1800s, it was a popular pastime for working-class men as  well as nobles. Coined ‘pedestrianism’, the sport grew sporadically and  with no specific competitions — instead, people would choose times and  distances at random, and place bets on them.[i]

This led to all types of nonsensical feats of incredible endurance: a  55-year-old John Batty walked 700 miles in 14 days in July of 1788;  Robert Barclay Allardice, of Scotland, racewalked 90 miles in November  1801, dressed in ‘a close fitting flannel shirt, flannel trousers and  nightcap, lambswool stockings and thick solid leather shoes’.[iii]  He started the race at midnight. The wager was for 5,000 guineas. He  completed the walk with more than an hour to spare, to the fanfare of  thousands of spectators.[iv]

Allardice was later challenged to walk 1,000 miles in 1,000 hours for a 1,000 guinea reward.[v]  He took up the challenge in June, 1809 on Newmarket Heath,  Cambridgeshire. He finished the challenge 42 days later. Thousands  crowded the streets of Newmarket and Cambridge to celebrate the feat.[vi]

In the second half of the nineteenth century, however, the sport  suffered a loss of public enthusiasm that has, for the most part,  endured to the present day. Charles Westhall, a competitive pedestrian  of the time, wrote in 1862 that race walking was tainted with ‘inability  or want of courage on the part of the judges and referee to stop man,  who, in his eagerness for fame or determination to gain money anyhow,  may trespass upon fair walking and run’.[vii]

A 1962 book on the sport warns against this all-too human desire to  run: ‘We, of a modern age, whose quest is for greater and greater speed  by every possible means Man may devise, are in danger of forgetting the  age-old elementary methods of progression… We should (not) ignore the  good health, the solace, the excellent fellowship, the catalytic  stimulation of our thoughts and emotions that Walking can, and does  give’.[viii]

It’s this innate humanity that race walking seems to embody in all  its awkwardness: a desire to push one’s body while recognizing its  limits, to make the mundane extreme and to allow the body to inhabit the  strangeness the act entails.

When Røtnes is walking, there’s nothing funny about it. His face is  calm and his eyes look straight ahead as he fixes his mouth into a tiny  smile. He gets into the rhythm and it looks like he could just keep  walking that way forever.

What makes Røtnes’s movement so compelling isn’t just that he’s not  running — it’s that he has no desire to do so. In this perfect marriage  of limits and excesses, joy and solemnity, he finds his stride.