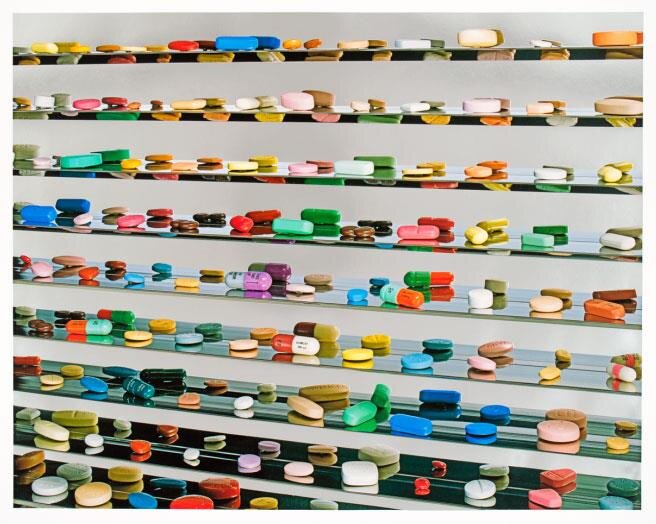 In Long-termism, Rafaty poses both a conundrum and call to action for us all to consider.[i]  While the myopia of purely short-sighted activity festers epidemics of  all sorts, from disease to environmental degradation to parasitic  finance, the seeming infinitude of future-facing work can have its own  paralyzing effects. Yet this anxiety should not stop such crucial work  from happening. Just the opposite. Rafaty reminds us that “the sobriety  of long-term thinking is vital to the development of democracy and  civilization”.

Part of the problem of cultivating the longue durée in  political and economic matters, however, is that its aspirations and  achievements are left to the back pages of our public conversations. The  short-termists have their next quarterly earnings report or campaign  victory to sustain morale and celebrate momentum. The long-termists need  to rescue their voice, plan near-term milestones, and call out both  warnings and victories. Bemoaning its absence in our public life isn’t enough.

If ever there was an arena of action that required this strategy, it  is the one that Rafaty interrogates as a scholar: climate science and  policy. One promising example here is the nascent and growing adoption  of solar panels. In the U.S., for example, the market for solar panels  jumped from just $3 billion in 2009 to $13.4 billion last year. Of the  nation’s new generating capacity in 2014, solar accounted for 32  percent, beating coal for the second consecutive year. Partial  responsibility lies in policy with a long-term view: the nine-year old  U.S. investment tax credit for solar policy.[ii]  The other key driver is common to many technology sectors such as  mobile phones and computer chips: further business model innovation and  falling costs for solar panels and modules unleashes viral adoption and  market power. But as with any long-term endeavor, the road itself is  steep: solar energy only accounts for only 0.4% of all energy generated  in the U.S. Acceleration of a transition to a sustainable, green economy  means continuing to take on tough and yes, unapologetic, arguments  about the nature of the future. President Obama’s new Clean Power Plan  announced in early August is one such attempt.[iii]

But beware of arguments only masquerading as long-termism. Imagine,  for example, that solar panels were sold using the following pricing  model. Let’s say that a solar executive made the following pitch to a  potential government buyer: “Climate change related weather events cause  your country $100 billion in environmental costs each year. Our  technology will help you solve that problem. Because of the value of  this technology to the long-run economy and the anticipated savings from  less environmental damage, our price is $100,000 per solar panel.” You  later do your research and learn that it costs only $1,000 to make a  panel, while reading in the company’s business plan that they hope to  turn a $50 billion dollar annual revenue. This means that the firm is  hoping to gain a 99x profit margin over the cost of the technology and  recoup half of the possible cost savings to society. In the solar  technology market, this company likely wouldn’t even make it past  development. The firm’s pricing model is not based on the costs of  production and demand in the market place, but rather on a logic of  transmuting the long-term financial value of societal savings into a  winner-takes-all private accrual of wealth for one company. A competitor  would beat that firm with a better price, and that’d be the end of the  story.

Yet this is the very trend occurring today in the pharmaceutical  sector, where monopolist calculations about the future are creating a  new logic of Long-Term Value. In this logic, pharmaceutical firms argue  that their prices are justified not only because of the cost of risky  research and development—which requires government-granted monopoly  protection—but also because of anticipated savings that their products,  even at high prices, provide health systems in the long run. The  industry’s main Washington D.C.-based lobby, Pharmaceutical Research and  Manufacturers of America (PhRMA) has put forward the following value  proposition: buy and use the medicine now and cut costs by averting  further hospitalization and medical procedures down the line. [iv]  Breakthrough treatments that offer this chance would indeed be a great  boon, a triple-win for patients, companies, and health systems. But this  grand bargain is threatened if soaring prices extract significant  chunks of this possible savings and lead to restrictions in access to  treatment.

The case of Hepatitis C offers one demonstration of this script.  Gilead Sciences is currently selling a three-month regimen for Hepatitis  C patients priced at approximately $90,000. The medicine is made of two  components with a backbone compound called sofosbuvir, and  represents a veritable breakthrough for which scientists and researchers  of Hepatitis C are justifiably proud. Patients are experiencing cure  rates of over 95%, with the virus often eliminated in the first month of  treatment. This curative therapy for Hepatitis C ranks as one of  modern medicine’s leading scientific marvels. Unfortunately, the  financial picture—and the ethical dilemmas it has created—presents a far  more troubling picture.

Even after discounts for government systems (given their  monopsony-like purchasing power), the drug is still priced upwards of  $40,000-50,000 across Europe (including the NHS) as well as in the U.S.  state Medicaid system. The figures for treating all eligible patients in  the U.S. are staggering: an NIH-sponsored study measured the cost to  U.S. payers at $136 billion over the next five years, with $61 billion  coming from public funding.[v]  Given the sizeable number of patients with the disease—an estimated  230,000 people in the UK and over 3 million in the U.S.—the cost to  these systems is potentially enormous even if a small fraction of the  sickest patients receive the medicines. What’s the cost of factory  production of a single three-month regimen? Researchers at the  University of Liverpool estimated it to be between $100-250, based on  similar production costs for anti-virals for HIV/AIDS.[vi]

A central argument used to defend Gilead’s prices is rooted in its  logic of Long-Term Value. The drugs have been deemed to be  cost-effective over the life of the patient versus prior treatments,  since patients with Hepatitis C will no longer need expensive liver  transplants and hospitalizations related to their illness—costs that can  run far past $100,000.[vii] The selling point is: if you pay up now, you’ll see savings over the course of the next decades.

We’d be mistaken, though, to accept the industry’s argument for the virtues of its view of the longue durée. Underneath a veneer of long-term thinking hides a more pernicious pathology of short-termism. In just the first year of sales, sofosbuvir-based  treatments garnered Gilead Sciences $12.4 billion in revenue, with a  sizable portion coming from government-funded spending via Medicaid,  Medicare, and the Veteran’s Affairs administration.[viii]  Juxtaposed to this expense: a CDC-led research study pegged the annual  hospital expenses of Hepatitis C patients on a range between $6.5  billion in 2011 to a peak of $9.1 billion in 2024.[ix] Yet if Gilead’s revenue from sofosbuvir-based  regimens simply remains in the vicinity of $10 billion per year in the  years to come (which is a real possibility), they will have accrued a  major portion of those possible savings. An economic analysis done for  the state of California by the Institute for Clinical and Economic  Review also found that in a hypothetical situation where every Hepatitis  C patient received treatment, “even after 20 years, less than half of  the initial cost would be offset by savings from reduced liver  complications”.[x]  In short: Gilead has already recouped the cost of its initial $11  billion investment—the result of a speculative acquisition—and is also  on schedule to capture much of the anticipated long-term value to  society into vast private wealth for their company and its shareholders.

The most important reason for treating a patient—their chance at  health—is lost amid all the arithmetic. The consequences are  significant. Because of the price, most U.S. state Medicaid systems have  placed restrictions on the treatment so that only patients with  advanced progression of disease and a higher chance of death in the next  1-2 years are eligible.[xi]  American veterans, who receive their health care from the publicly  funded Veterans Affairs administration, are confronted with a similar  fate.[xii]   A large majority of patients, often experiencing felt-illness and  increased risks of complications because of chronic liver inflammation,  are waiting. Meanwhile, the disguise of long-termism currently wrapped  around the debate has placed a rhetorical stranglehold on the advocacy  of health systems and patient groups on expanding treatment access.

Long-termism as a universal precept is fraught, then, unless applied  to the realities of the particular case, whether it’s a specific policy  domain, technology, or person. In matters of health and illness, for  example, arguments about the future require peeling back any disguise.  J.M Keynes’ simple insight into economics and human life offers a  caution relevant for this tale. Admonishing his peers, Keynes argued  that economic models that only focused on the long-term were useless—and  an excuse for avoiding action—unless accompanied by an analysis of the  near-term consequences:

“But this long run is a misleading guide to current  affairs. In the long run we are all dead. Economists set themselves too  easy, too useless a task if in tempestuous seasons they can only tell us  that when the storm is long past the ocean is flat again.”[xiii]

For patients, living with the peace of health—‘where the ocean is  flat again’—is what really matters. Forcing them to wait through the  long storm of illness shouldn’t be our answer.